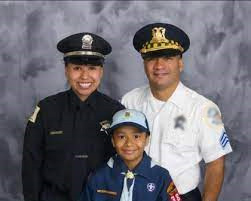 Noland has been a lifelong public servant and law enforcement practitioner celebrating his 27th year with the Chicago Police Department, the nations 2nd largest police agency.  He is currently a Sergeant leading the department’s driving unit providing critical emergency driving skills to recruits and in-serve personnel. He is also working to establish a nationally certified driving course that will be available to local, State, and Federal law enforcement agencies.

Previously Noland was the in-service Range Master responsible for the daily operations of four geographically separated Department Area ranges and the Carbine program training over 13,500 police officers annually.  Noland has been responsible for training over 120,000 officers in shotgun, weapons tactics, annual weapons qualifications, and emergency driving instruction.  In his role as In-service Range Master Noland was able to develop a new and innovative qualifications program where officers were able to annually qualify in four months rather than a full year.  This revitalized program saved the department over 180,000-man hours allowing for more officers on the street and a monetary savings of over $1.5 million dollars. 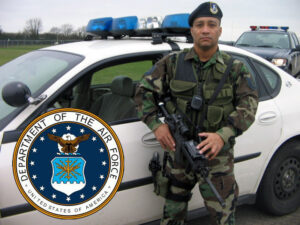 Noland is a retired Security Forces Master Sergeant with the United States Air Force Reserve with over 33 years of combined Army and Air Force active, Guard and Reserve military service.  In his most recent combat tour Noland was a Security Forces Flight Chief and Anti-terrorism Officer responsible for law enforcement and base defense operations for the largest military air base in Iraq with a population of 36,000 personnel and an area of 15 square miles and over 10 miles of perimeter fence line. Noland has lead Americas best in Germany, England, Panama, and Iraq.

Noland is a graduate from the prestigious University of Chicago earning a degree from the Graham School Master of Science program in Threat and Response Management.  He received his Bachelor Degree from Calumet College of St. John in Public Safety Management with Honors, an Associates Degree in Law Enforcement from Ann Arundel Community College with Honors.  He has also attended the Northwestern University Police Supervisor Course.

Currently on hiatus, Noland has taught as an Adjunct Professor at Triton Community College instructing in Criminal Justice and Police Administration courses.

Noland has lived abroad in Germany, England, and Panama and currently lives in Chicago with his family as a Gold Star spouse and family.  Noland is an avid runner and raises donations for wounded veterans by running marathons.